As soon as I saw this black, painted, textured wall in a wallpaper magazine I ripped it out as I knew I had to blog about it. There’s something about the pattern and the way the light reflects off the dark hue that is beautiful without being pretentious.

Until then I had assumed that patterned wallpaper was akin to woodchip and was rightly the preserve of an era past, only useful for bored children to slowly pick at. But look how good it looks! 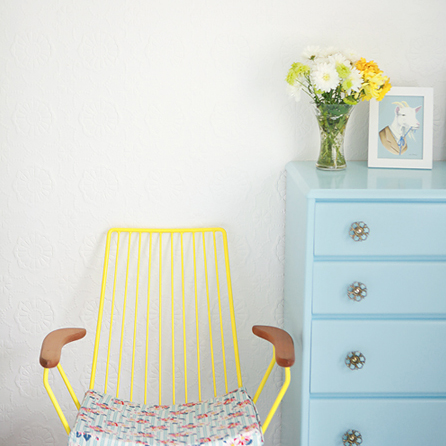 These Anaglypta wallcoverings are from their heritage collection from the 1930s. I think I’d paint them a moody blue, an apple green or a neon yellow to mix in some more of the contemporary.

Could you be tempted? I find the aesthetic slightly absorbing and strangely comforting; a combination that has got me trying to work out where I could put it in my house. Just think what you could save on re-plastering…